Thousands of gay men came to San Francisco during the Seventies in search of sexual freedom.

It was a place where they could live out unfulfilled adolescent fantasies with many opportunities for overindulgence. There were over a hundred gay bars in the city as well as other venues where we met one another. It was a wonderful time to be here but there were also unpleasant aspects to this apparent paradise.

His plans for graduate school in Boston to study with poet Anne Sexton were derailed by her suicide the previous fall. So the author headed west after college in Minneapolis to join his friend John Preston who was then the editor of The Advocate.

The first of the two books covers the last half of the Seventies while the sequel goes from 1980 to the spring of 1981 just before his move to the Russian River. The diaries include his social life, friendships, work experience, and writing. He periodically longs for more intimacy while continuing to pursue easy sex without commitment. A relatively good life for a Minnesota farm boy in the city.

His style is clear, direct, and honest. These two books provide a picture of what it was like for at least some of the men who lived through that special time and I look forward to reading his AIDS memoir as well.

Juan Gabriel, born Alberto Aguilera Valdez and known to many of his fans as Juanga, died last month from a heart attack at the age of 66. 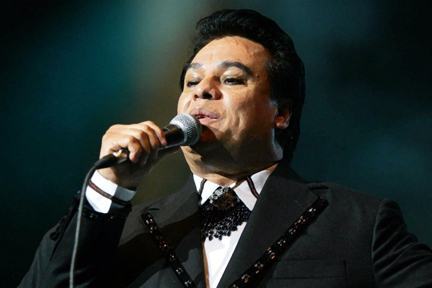 His work encompassed numerous musical genres including bolero, Mariachi, balada, and Latin pop. Many of his compositions were also recorded by other artists such as Rocío Dúrcal, Ana Gabriel, José José, Luis Miguel, Daniela Romo, and Lucha Villa.

Juanga’s best-known song is Querida, but when I think about his compositions the first thing that comes to mind is an amusing line from another piece, no hay mas en Guaymas.

Juan Gabriel  was one of the most prolific singers and composers in Mexico. A flamboyant, closeted performer afraid to come out because he worried it would adversely impact his career.

I first heard about him during a 1984 visit to Mexico that began with a stopover in Tijuana. I was given a personal tour of the city by Emilio, a local activist, who pointed out a house Juan Gabriel bought for a man who helped the singer-composer early on. In a Mexico City music store I encountered a life-size, cardboard, cutout of Gabriel that was part of national promotion by his record label.

Though I was curious about Mexican popular music then, I didn’t begin collecting CD’s until 1995. I like romantica!

No, it’s not a cooking show!

Tom Ammiano’s new one-man show is an entertaining romp through his two terms as a member of the California Assembly. Whether he’s sitting in his office, standing on stage, or running for office, the jokes keep coming. He knows how to get a laugh.

His sense of humor has undoubtedly served him well in all of his careers: teacher, comic, and politician. During his tenure in public office he’s championed health care, affordable housing, LGBT issues, as well as labor, immigration, and prison reform.

Along with his remarks about well-known politicians in various levels of government, he also introduces several characters that embody undesirable traits making them perfect foils for humor.

San Francisco values, of course, from a Jersey guy now deeply rooted in the West.